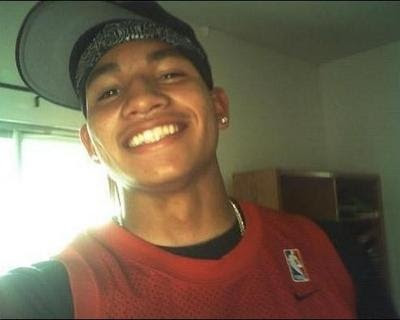 Stood in the back of the movie theater smoking on that cigarette so nasty - complete darkness in the little alcove among the smell of dried semen, unwashed genitals, and at my feet the black floor was littered with cum coated tissue and shit stained used condoms. Lurking like the three other sexually frustrated assholes that hovered nearby.
Around the corner, the screen flickered a sad blue light onto the warn, warped seats of the theater. The stale air permeated with the screechings of some coked out bimbo being fucked long and nasty from a tired looking stud. In the sixty or so seats sat five catatonic looking patrons - some smoked, some drank from smuggled tall boys, one was masturbating like an idiot. Towards the entrance stood a row of four bloated old monsters ready to pounce on anything willing coming through the door - nothing came.
He popped out of no where stood in front of me in the murk and grabbed my crotch. Instantly, he began mumbling in drug fueled lust, "Fuck - so horny, man. I wanna see your ass." All the while fumbling at my belt, unbuttoning and pulling down my jeans.
In the half dark, he was handsome - black short cropped hair, moustache, dark skin, well built, in early twenties - but, something wasn't right. Another younger fag sided up to our groping and my seducer ordered, "Suck his dick, man - get down there, suck his dick." The other fag knelt in front of me and took my semi erect member in his mouth and began sucking - slurps that could be heard in the theater. My seducer began kissing my neck, my ears. I reciprocated and he pulls abruptly away, "No hickies, cabrone."
"Don't worry 'bout it." I smiled in the dark.
Whirled around and the guy starts kissing my ass, pulling out his fat, flaccid uncut cock - grinding it against me. Still, something wasn't right. So, I'm standing there with my jeans around my calves with some twink blowing me and this hyper-sexual groping me.
The fag stops and whispers in my ear, "Watch your money." Before he slinks back into the theater proper.
My seducer orders me to start sucking him off and I do. his cock - though quite nice - wouldn't get hard. He mumbles something to the effect that maybe if he watches some more of the movie, he can get hard. I compose myself as he walks over to lean against the wall watching the movie. I check my wallet - my money is gone.
I walk over to him and state, "All that just for seven dollars?" That's all I had on me.
He returned back to the alcove, me pinning him in, writhing and cooing, "C'mon, man - suck me some more."
I stand there, fists clenched, "Give it back."
He mumbles obscenities and something to the effect that he is an addict - but, the handsome fucker knew he was trapped. Even got the old "I don't know what you're talking about."
"Look." I snarl, "You could have just asked for it - I would have given it to you...you really want your ass kicked over seven dollars?"
He spits, "What? You want it back? Here..." And hands me my bills from his shorts pocket. He starts to say something else, I just walk away.
I leave the theater and start the few blocks back to my apartment. Down that lonely stretch of crumbling warehouses and razor wire with the barking dogs and I think, Damn...I really need to get out of El Paso...
Posted by LMB at 6:01 PM No comments: Links to this post