Posted by LMB at 3:11 AM No comments: Links to this post

and so it goes

In lieu of recent events... I have decided to leave this county, never to return unless the events swing into a positive light. Unfortunately, not to borderline pessimism and only my humble opinion, I do not see that happening in a foreseeable future. We have a proto-dictator running for office with a high chance of winning, hatred and anger running unchecked, loss and death are met with shrugged apathy. We are programmed machines. Near-sighted robots whose only pleasure is consumeristic consumption and self-worth based on a ticked 'like' on various social media. It will only get worse in this fledgling Orwellian police-state we were fooled into passively accepting and nothing good will occur if I stay.

Posted by LMB at 3:00 AM No comments: Links to this post

Posted by LMB at 2:38 AM No comments: Links to this post

this hotel room before 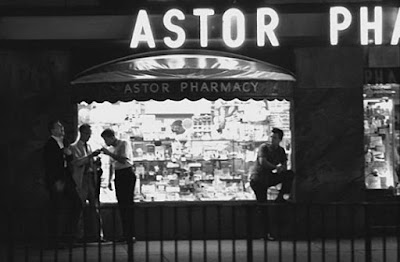 Once upon a time there lay the most beautiful, young man, lost in a deep slumber. His jet-black hair glinted in the sunlight, his rosebud lips were parted in peace. On, he slept, as the town jostled to life outside his window, oblivious to the world, deep in an enchanted dream. On, he slept, until the sun had slid beneath the horizon. The spell was broken. He opened his eyes.
He awoke in the dark with a jolt, swore, and immediately fumbled for his cigarettes. After many deep drags, he swore again and slid out of bed, his sweaty hair stubbornly clinging to semen and sweat stained sheets. Cigarette in mouth, he staggered towards the bathroom, last night’s underwear still trailing miserably around his ankles. He shouldn’t drink so much, he decides. Gives him the most fucked up nightmares. His eyes are glued shut with kohl but the harsh fluorescent bathroom light still made him shudder and squint. He ignored the dirty socks drying over the bath, and the bloodied boxers lying in the sink, and reached for his makeup bag.
He’s been in this hotel room before. He remembers the distinct stain on the ceiling; if he squints and turns his head it almost looks like a spider, stretching out long grotesque limbs to catch him and gobble him up. He suppresses a sigh and instead forces out a theatrical moan, to spur on the stranger on top of him. It works, and the stranger pushes harder, mumbling that he’s the fucking best. He pushes away the stranger’s slobbering mouth and twists his watch around; the stranger has three minutes left to use him and take him back on her corner. His Handsome Prince for three minutes; after all, the stranger’s taking care of him, crying out that he loves him. He moans a little louder, and decides he’ll need alcohol to sleep again tonight.
Posted by LMB at 2:34 AM 1 comment: Links to this post

Posted by LMB at 2:20 AM No comments: Links to this post