Tim and I stopped at the supermarket before I took him home. Get me some chips, he said from the passenger window. Okay. Love you, he calls. Love you, too, I smile back. I entered the market. Casually amble the aisles. I saw him at midnight. It’s in the back, he says. Do I go straight for it? No. I skip his aisle. Walk casual. He’s restocking. The store is cold. Practically empty. I pull over my sweater. I grab what I grab and walk back. Still cold. Through his aisle. He tells me to stop. Need help? Nah I’m good, I stutter. He continues to work. I stop. Look at his back. His hair. His ears. He turns and looks at me. I stare. His eyes. His lips. His eyebrows. That style. He continues to work. I take off my sweater. Hey, I stutter. Swallow my spit. He turns. I just wanted to say. He raises a brow. I hope you don’t find this offensive. He blinks. I think you’re handsome. My aorta spills. Do I look at him? No. I go straight. Straight for the register.
I’m never doing that again, is what I tell myself. He’s perfect, is why I object. I adore his type. Should I do that again? I don’t know. I can. But it’s not right. This is where the story gets confusing. And I apologize. I’m not normal, you see. I’m not supposed to do that. It’s wrong. But I can’t help it. My heart goes cold when I don’t. It goes numb when I do. I can’t accept it. I’m tired. A kind of tired that medication can’t cure. A kind of tired that sleep can’t fix. I’m normal. A normal son. A normal brother. But please god, can I be a normal boy.
Back at the car, Tim smiles, You get my chips. Ah, nah...sorry. Forgot. I start the car and as we pull out of the lot, he places his hand on my leg. Love you, babe. Yeah, I know. Love you, too.
Posted by LMB at 6:16 PM No comments: Links to this post

a shit storm's a comin' 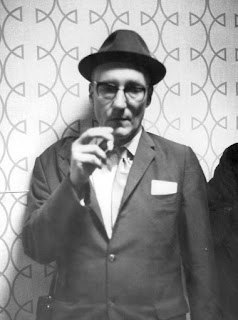 I realize none of you give a rat's ass, but I am spending my day locked behind my desk, scribbling out plot points concerning my next book. It will tell the story of William Burroughs’s time in Mexico City in 1953 and deal with the 'accidental' shooting of his wife, Joan Volmer Burroughs. I am penning it, using factual documents, as a "fucked-up love story". Depression? Drugs? Alcoholism? Homosexual tendencies? Schizophrenic nightmares? All wrapped in the self-loathing romance of two Americans living in the slums of Mexico? I am extremely passionate about writing this!
Posted by LMB at 2:03 PM No comments: Links to this post

napkin scribbles from a 3:36am coffee binge

Lately we’d been living on the road. From hotel to motel, to sometimes sleeping on the freeway; our feet would touch the dirty ground but it stopped affecting us long ago. As the shapeless clothes found life from the hour glass figure that use to be poor; rippled roof tops eased into our minds. Power lines traced out figurines in the distance, leading as our map to a place we’d like to go. But it happened, whenever we entered a gas station or a restaurant the newspaper would be at the front, telling the stories we didn’t want to hear. Lie after lie, as the booth accompanied us to our food. Once we ate, once we left, we decided to take to the road and stay on it. Since every time we passed someone, they felt older than we were even if that was not the case; chasing after something was not what we were doing but catching up to a displaced time line was where we were heading.
Posted by LMB at 2:58 PM No comments: Links to this post

Here is yet another excerpt from the Burroughs novel I am working on. Though it may be switched by time of publication, this is the opening to chapter three: It's Kind of a Glow focusing heavily on William's and Joan's current relationship, a mutual but somewhat unstable truce. William had just began his cure from dope and is beginning to drink heavily. This chapter also introduces The Bounty Bar with all the expat regulars. Once again, this is a first draft, so... 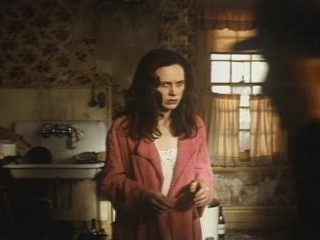 My cell phone rings.
“Hey,” he greets me. I hear the distinct sound of rocks crunching beneath his feet, so I realize he’s walking. Probably returning to his house from one of those neurotic midnight pacings he does.
“Hey,” I reply, suppressing my protective instinct and swallowing the lecture I was going to give him about wandering around outside by his self. Let him make his own mistakes, I think as I sink into an antique armchair by the window. Dark outside. So dark.
“Remember a few months ago?” he asks. I mumble something similar to Mmhm, though I literally have no idea what he wants me to remember. A whole lot of shit - just a whole hell of a lot - occurred a few months ago. I let him talk and assume I’ll catch up eventually.
“Remember when I said I was over it?” Oh, no… please, not this again…  “Well, I’m not.” Big surprise there. “I’ve been thinking a lot lately, and I just can’t. I can’t let it go. Remember when I said that I wouldn’t do anything?”
At this point I sit up in my chair. My breathe is short. My chest is tingling. In the still of the night, I can hear my heart rapidly beating.
There is a very specific way one has to deal with this young man. I haven’t known him long enough to figure out all of it, but still, I know more than anyone else. He’s tested my patience and occasionally my sanity with his constant questions and irrational way of thinking, yet I’ve proven myself capable to handle everything he hurls my way. Until tonight.
Because right now, every alarm and flashing red light in my mind is going off. On the line, I hear one door shut and a second open, muffled metallic clinks, and the sound of several heavy objects being dumped on a table.
I am now on my feet.
“Ok, listen, you’re not -” I begin, stalling for time while I stumble around in the darkness of my own house with the phone in one hand and a dying flashlight in the other, attempting to find where I’d flung my coat in a fire-hazard maze of moving boxes.
“Remember when I called off my plan for revenge?” he says, coolly, casually, cutting me off. One by one, I hear him loading them and wonder no more about the clinking sounds. I stop searching for the coat. Suddenly, I don’t have any spit left in my mouth.
Fuck it, I think, heading toward the door and preparing myself to enter a bone-chilling winter night at 2:53am. I curse the moonless sky. Could’ve sworn he had a prescription for sleeping pills.
I mutter and stutter, struggling to come up with a reply in between breaths as I run. If I can get there in time, I can stop him. On the line again, there are the sounds of his own front door opening and the careful setting of his rifle case to rest in the floor.
“Yeah, well, forget what I said before,” he continues, ignoring me. “It’s back on.”
Posted by LMB at 1:12 PM No comments: Links to this post

I’ve lost every concept of time there is and I literally do not feel anytime passing. My anxiety’s getting worse and there’s not a day that goes by without that familiar pulsation or a panic attack. I’ve lost a grip on everything and I’ve spun out of control. I can’t keep gripping onto everything anymore and I want to let go but I know that I can’t. No one really cares, no one’s dependent on me. Not kai, not you, not anyone. I don’t have a purpose anymore apart from telling myself I’m better when I’ve never felt more insignificant in my life. I want to restart everything. I want to live a new life and make better choices, because where I’m going at the moment is not where I want to end up.
I don’t know why I’m here anymore. No one really cares about me and no one matters to me much anymore. I’m so fucking weird and everyone sees it. I hate the way I act, I hate the way I am, I hate the way I look. To put it shortly, I hate myself, and in a way I never thought I’d feel.
Posted by LMB at 12:25 AM 1 comment: Links to this post