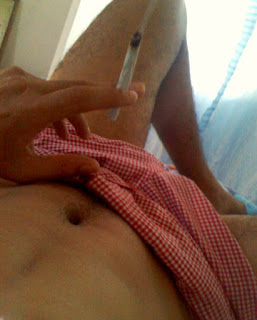 Stumbled upon TWEEKER today....just finished the book and clicked on the Amazon link to your blog. I too have been in that deep and dark place (addiction and depression, not TJ). Your writing is refreshing and real. And raw. I love it.

Thank you, Stacey for the kind words. :)

They say dating your ex is like going to your own yard sale and buying your own shit back.
I've been precisely through that whole ex as a fuck buddy thing. I've even been the other when he was dating whoever the hell he was dating at the time. It was like having your cake and eating it too. But it was never a good experience and it just left things festering for that much longer.
If you have training wheels you're never going to learn to balance.