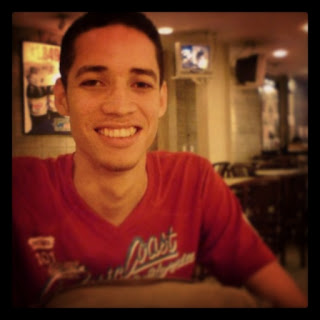 He rushed through the days like he was chasing the night. And, indeed, when the night fell into his grasp, he sighed skinny pre-rolled cigarettes into the darkness and slept the heavy, dreamless sleep of the conqueror.
Waking was his hardest hour. In the dawn, where the nights pleasures were washed away in nicotine nausea his heartbeat would begin the chase again before his feet touched tiled and dirty floors.
He deflected inquiries and requests. He was too busy for help, for after work drinks. He never responded to Facebook messages. He carried his phone in his pocket, but he never had time to charge it.
Twilight was my hardest hour. I’d return to an unfamiliar apartment, with shabby furniture and a strange smell – musty clothes and fried onions - a cordial greeting, and stifled silence.
Every time I rang, I’d hear the same pentametric response, “Juan no está aquí, por favor deje un mensaje” and then the measured sounds of his own breath as I forego the voicemail he would never hear.
Posted by LMB at 1:00 AM